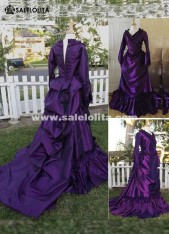 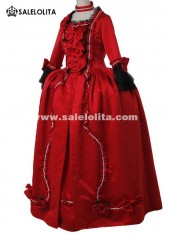 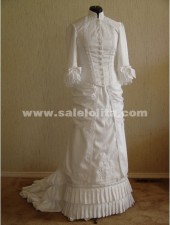 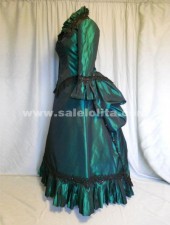 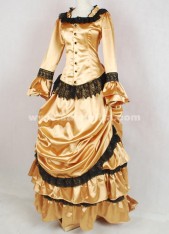 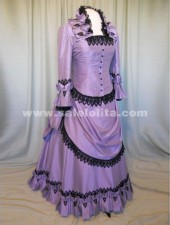 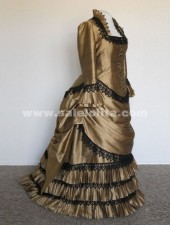 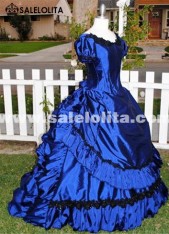 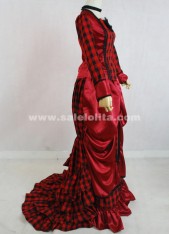 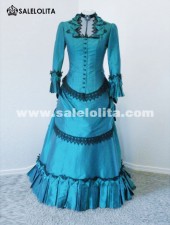 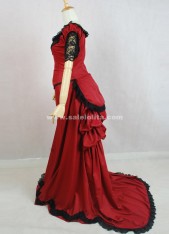 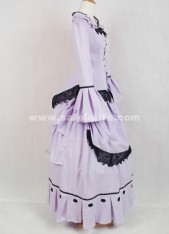 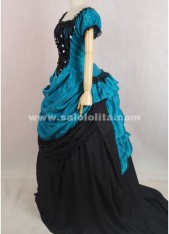 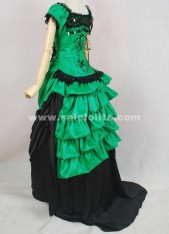 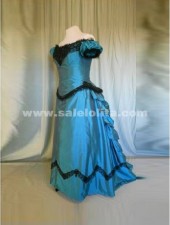 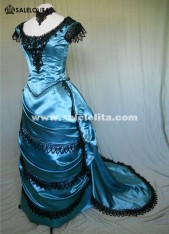 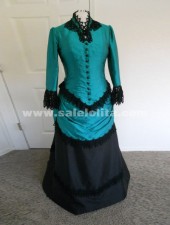 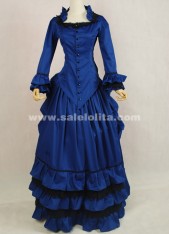 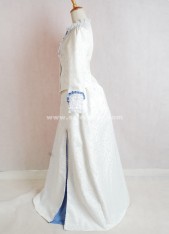 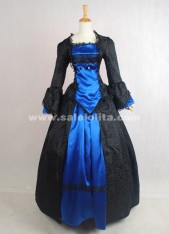 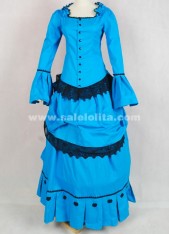 The reign of Queen Victoria spanned 64 years. During that time frame, much like a Hollywood celebrity of today, she set the style standards. Whatever the Queen wore, everyone else wore. Throughout this period, many styles were in and out of fashion. Just as a pendulum swings, styles went from one extreme to the next. This was especially evident in Victorian era dresses.

In the beginning of Victoria's reign, dresses were characterized by their restrictive elements. A limited range of movement was available to the wearer, as tight sleeves and low boned bodices. Sleeve and skirt size gradually began to increase. In the mid-1850s, when the crinoline was reinvented, skirt sizes reached massive proportions. Hoop skirts proved to be a hindrance and were considered unpopular by the end of the 1860s.

In the late 1860s, the first bustle skirt was introduced. Skirts were narrow in the front. The excess fabric of the hoop skirt era was piled up atop the bottom. Sleeves became slightly narrower at the time, though not as tight as previously. As the era progressed, skirts and sleeves became increasingly narrower to fit to the natural form of the wearer. The bustle packed one last punch in the 1880s, leaving forever at the end of Victoria's reign.