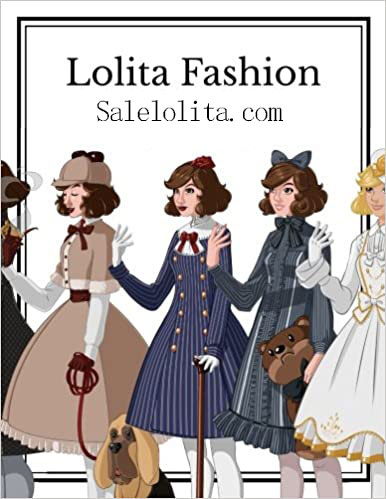 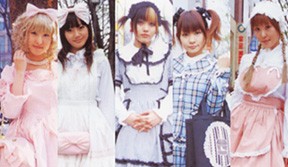 While it is true that most fashions are open to various interpretations, the term Lolita is used exclusively to describe a very specific (one could say narrow) look that is created by abiding by a number of strict guidelines and principles (see Anatomy of A Lolita Outfit). The “rules” of Lolita fashion don’t exist to limit the wearer but are rather qualifiers of what makes an outfit Lolita. Within these rules however there are a variety of styles.

Gothic Lolita is probably the style associated most with Lolita Fashion outside of Japan. Lolita Fashion is often referred to as GothLoli or EGL. While GothLoli can be a correct term it only applies to the specific Gothic subset and not Lolita fashion as a whole (see Lolita Styles for more information on the different subsets). However EGL is an abbreviation of the term Elegant Gothic Lolita, which was coined by the Japanese musician Mana to describe his specific Lolita clothing line.

The term “Lolita” may be off-putting to those who first hear about the fashion because of the connotation it holds from Vladimir Nabokov’s novel, “Lolita”, which changed the meaning of the name for most people in the Western world. It is generally assumed though that the name of the fashion comes from a distortion of the meaning while word-borrowing from English. In the case of the fashion the term “Lolita” only refers to the child-like nature of some of the clothes and is also used because of the beauty or cuteness of the name. Lolita Fashion is emphatically not about looking sexy and is instead about looking cute or elegant.

In addition to being a fashion, some people enjoy living a “Lolita Lifestyle” in which one sees Lolita as more of a philosophy of living beautifully rather than just dressing it. Someone living a Lolita Lifestyle may try and live like a princess, surrounding themselves with things of beauty, and taking part in a number of ‘proper’ feminine activities such as baking, embroidery, sewing and other old-fashioned “women’s” activities.